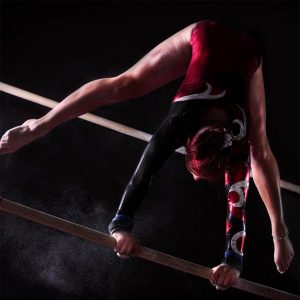 Little know fact about Nancy – she was a gymnast until age 16.  Later, she became an assistant head coach, followed by a head coach at two large gymnastics clubs in Southern Ontario. In 1985 she opened her own gymnastics club specializing in Rhythmic Gymnastics. From 1989 – 1992 she continued to coach Rhythmics at a Northern Ontario club and later also side-hustled acro instruction with dance studios.  With over 30 years of experience in the sport, she’ll be the primary instructor on the Boutique Volume site for gymnastics related topics but you’ll also receive interviews from other specialists in this artist sport  genre. Won’t you join us?